SENTINEL-1A ANALYSIS FOR DAMAGE ASSESSMENT: A CASE STUDY OF KUMAMOTO EARTHQUAKE IN 2016

SENTINEL-1A ANALYSIS FOR DAMAGE ASSESSMENT: A CASE STUDY OF KUMAMOTO EARTHQUAKE IN 2016 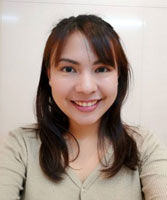 Graduate School of Sciences and Technology for Innovation, Yamaguchi University,

Graduate School of Sciences and Technology for Innovation, Yamaguchi University,

The powerful earthquakes occurred in Kumamoto at the highest magnitude 7.3 hitting this prefecture on April 16, 2016 at 01.25 A.M. local time. This study proposed a method to utilize Sentinel-1A images to detect earthquake damaged areas. There were two images being used. One was before-earthquake images (on March 3, 2016 and March, 27 2016) and another was an after-earthquake image (on April 20, 2016). The method operated on interferometric coherence of sentinel-1A image. In order to estimate the damaged areas, the coherence change between the before-earthquake and during-earthquake pairs were processed. The damage map was produced by concerning into different classes comprised of the urban damaged areas, none and less damaged of the urban areas, and non-urban areas. This approach was compared with the ground-truth data, which provides high overall accuracy at 88% (kappa coefficient is 0.82). Consequently, Sentinel-1A could contribute the insightful geospatial information of the earthquake situation and support the disaster management.