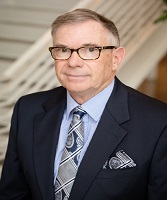 This presentation presents new findings of my research in regard to the safety issues in regard to building energy performance retrofits. So-called “cladding fires” in high-rise buildings are one of the most dangerous types of catastrophic events endangering the lives of many. Yet they are relatively little known to the public which is typically more familiar with the outbreak of fires as a result of ignition of combustible material at the interior of buildings. Cladding fires, meaning the fire of the exterior sheathing of a building, spread extremely rapidly, and vertically, capable of covering large expanses of a building’s façade with a ‘curtain’ of high-temperature gases and liquid combustibles. The taller the building the most rapidly the fire is capable to spread, due to a combination of stack effect and temperature differences. This phenomenon is particularly of concern in buildings that underwent the common present-day energy performance retrofits, meaning which were outfitted with an exterior layer of insulation material of various kinds. Several fire catastrophes in the recent past have costs, unnecessarily, hundreds of lives.