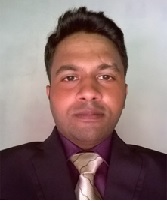 Environmental pollution has been confirmed as a giant teaser in the modern world with respect to human beings and other ecosystems because of the adverse impacts on the essential components of the creature foremost of the water and air. The treatments of polluted water play a dominant preface in the conservation of water. In the role of the treatments of wastewater, a series of different physical, chemical, and biological methods are performing under different stages and ought since there are discovering sophisticated methodologies using various materials and compounds. There were experienced the applicability and progressiveness of different earth materials in most wastewater treatment applications under the consequences of recent investigations. The non-hazardous and non-toxic conditions of most of the earth materials would be the key factors for the current trends in the selections of such materials for the advanced water and air treatment purposes. According to the relevant and recent researches, there were experienced the applicability of different clay varieties in the water treatment applications such as the removal of heavy metals from the wastewater due to the adsorption capacity of those clays because of the presence of some specific compounds as the components of such clays. In the case of the removal of heavy metals from wastewater, the kaolinite and some other Fe minerals which are composed in clays play some significant roles because of their adsorption capacities for other metallic elements. Apart from the primary uses of clays in the water treatment applications, some clay types were further developed for some advanced water treatment uses such as the ion exchanging material because of the presence of some well known exchangeable cations such as Ca2+. The CaO is frequently found the compound in most of the clays and it was defined as a strong heat resistant material which is also called a refractory material.  Therefore, it is possible to emphasize some additional applications or developments of clays as the refractory materials based on their CaO contents as a solution for the thermal pollution. In the further discussion of the different earth materials, dolomite and feldspar were identified as good adsorption materials for some undesirable compounds that present in the water or air such as the hardness of the water. The adsorption capacities of such materials could be regulated by adjusting the grain sizes, porosity, and relevant surface areas of such materials. The applications are not limited and the findings should be updated from time to time. The further developments of earth materials for some advanced applications will become a huge stage in the future.