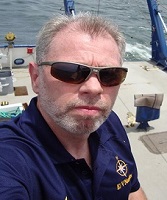 The Pan-Asia geographical area is one of the most highly active seismic regions in the world, producing some of the most powerful and violent earthquakes on record. Pan-Asia lies among the intersecting tectonic plates of Indian, Eurasian, Australian, Burma, Sunda, Philippine, and Pacific, with the countries bordering along the Ring of Fire. In the last 50 years, the region has produced over 160,000 seismic events ranging from magnitudes of 4.0 to the devastating magnitude 9.1 megathrust earthquakes in Sumatra, Indonesia in 2004 and 2011 in Japan. Noting this, earthquake education should be a vital and essential component in Pan-Asian schools. This study includes a literature review of seismology education in Southeast Asia, as well as recommendations for broadening the scope of earthquake education.  Seismographs in Schools programs has proven to be successful endeavors in countries such as Nepal, Australia, France, Ireland, New Zealand, United Kingdom, and the United States in scientific teaching at all levels of education. However, there are no such established programs in any Asian country, aside from one that joins the Asian countries together into an international educational seismic network. The Pan-Asian Educational Seismic Network initiative is centered on utilizing small, low-cost scientific-grade seismographs like the Raspberry Shake as a powerful educational tool to improve scientific understanding of earthquake risks and promote community awareness. Within the framework of this program, participating schools will host their own seismograph station with teachers receiving training on Raspberry Shake seismograph, SWARM and jAmaSeis analytical software, and online educational resources. School seismic learning programs help teach a broad range of subjects from physics to computer science, allowing students to become part of a global seismic monitoring effort and engage with real-time, scientific data with tangible outcomes. It stimulates excitement for learning science, giving students a way to a more intuitive knowledge of the world they live in. Students get a hands-on understanding of how earthquakes are recorded, increase monitoring capabilities in their area, and are encouraged to become earthquake awareness advocates in their communities.