Thank you for your interest and support in our organization. We are happy to present the newsletter for our Association. Here are some of the glimpses of our current and upcoming endeavors.

STRA has successfully organized following International conferences in the period of December 2017 – March 2018: 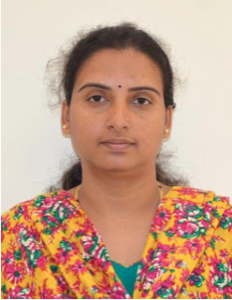 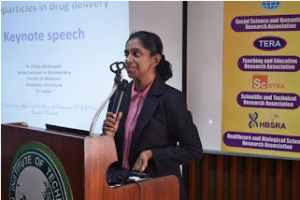 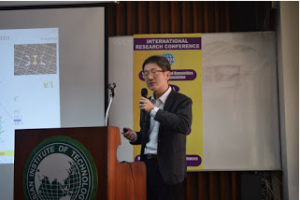 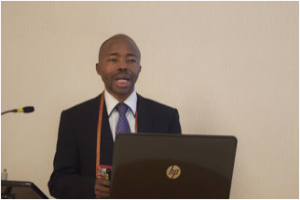 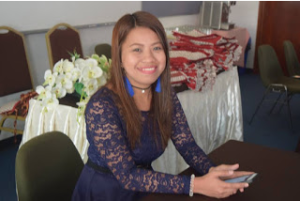 This work presents detailed and systematic theoretical investigations of the thermal conductivity of seven different SiC samples prepared by different experimental groups under different conditions and contain different levels of impurities. The study is based on applying the full form of the Callaway’s theory and employing the Srivastava’s rigorous treatment of the three-phonon interactions. Our theoretical results are in a very good agreement with the reported experimental measurements for samples studied in this work. This study provides quantitative analysis of the contributions from different scattering processes towards thermal resistivity of SiC over a large range of temperature. The contribution from N-drift term to the thermal conductivity at different temperatures has also been quantified. The mode-average phonon mean-free path has been calculated and presented. 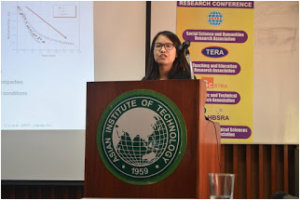 Abstract: Fouling is a major limitation of a reverse osmosis (RO) process not only due to decreasing the water flux, but also change the solute rejection. The chemical cleaning to restore RO membrane performances can be distinguished into two steps; an acidic agent aims to remove inorganic precipitates and an alkaline agent aims to remove organic matters. In this study, the optimization protocols for the chemical cleaning conditions in RO process using response surface methodology (RSM) coupled with forwarding osmosis (FO) testing set-up was proposed. The fouled membrane pieces were chemically cleaned by a commercially available acidic and alkaline solution according to the RSM designed conditions of various pH, concentrations, and temperatures. Then, the membrane permeability and salt rejection were examined in FO mode. Based on response surface plots, the most influential factor in membrane permeability was the concentration of chemical agent, whereas pH and temperature were not significant as much as the concentration. The optimum cleaning conditions were 3% of an acidic agent concentration and ambient pH after adding acidic chemicals followed by 3% of an alkaline agent concentration and controlled pH lower than 13 due to the membrane operating limitation. Both steps carried out at 30°C. At the suggested optimal conditions, the water flux was recovered of 86.07% with the salt rejection of 83.56%, compared to a virgin membrane in RO mode. Therefore, the RSM coupled with FO testing set-up could provide the better understanding of the relationship between factors and significant factors which affected the membrane permeability. In addition, it could be used as the fast and effective method to determine optimal cleaning strategies for chemical cleaning agents in the RO membrane process. 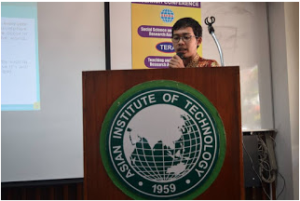 Abstract: Consumer demand for fuel was increasing, while the supply of fuel has begun dwindling. Therefore, it is necessary to undertake an effort to develop a renewable alternative energy such as usage of microalgae. Microalgae has four main components of substance i.e carbohydrates, proteins, nucleic acid and lipids. The relatively high lipid levels can be used as a source of biomass with using light, glucose, nutrients, carbon dioxide and water. Nutrient concentration is modified to keep the concentration of biomass through the dilution rate. In addition, carbon dioxide regulated also an influence of microalgae production in the photobioreactor. Thereby, we used dilution rate and carbon dioxide mobilization as optimal control using Pontryagin Maximum Principle method to increased biomass and quota lipid production. Hence, the result is biomass increased as 4, 5678% and quota lipid increased 44, 9727%. 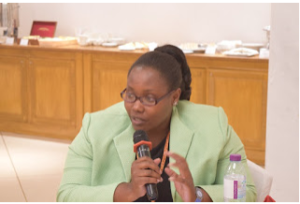 Rose Funja
(Eagle Analytics,P.O. Box 32202, Dar es Salaam,Tanzania)
Flora Grand Hotel, Near Al Rigga Metro Station, Deira, Dubai, United Arab Emirates
Paper Title: Optimizing School Dropout Resources Using Statistical Approaches
Abstract: When pupils drop out from schools, apart from pupils’ own personal implications, there are risks of an increase in criminal activities, unemployment, drugs, and other related problems.  In Sub-Saharan Africa, where social capital is decreasing and employment prospects are low, the risks are aggravated. In Tanzania, the Government has done very well in deploying ICT systems for collecting education management information and aggregating them at regional and national levels. However, utilization of collected statistics at lower levels is still very low due to a number of issues including poor analysis and statistical capacities to transform the data into useful insights. The number of initiatives that are in place has been limited to descriptive analysis and their implementations did not go beyond pilot stages. In this research, we proposed a tool for translating collected statistics into useful resource allocation optimization model. The model enables district officers to reallocate dropout resources in efficient ways maximizing the impact of the dropout interventions
Keywords: School dropout; dropout; statistical models; prescriptive analysis; education; Tanzania

Ahlam Eshruq Labin
(Architectural Department, Yarmouk University, Irbid, Jordan)
Flora Grand Hotel, Near Al Rigga Metro Station, Deira, Dubai, United Arab Emirates
Paper Title: A Study Of Jordanian Local Architecture In The Villages And Cities
Abstract: This paper sheds light on vernacular and traditional architectural in Jordan, especially the residential traditional building. They are characterized by simplicity in the construction techniques and their relevance to the location and climate. Jordan has witnessed several civilizations at the time; as a result, there are various archaeological sites that proof the human settlement on its land. Each period of time left its impact on the building style; as a result, the vernacular and traditional architecture were found. So, the key role of the paper is to study the typical design elements, which were used in the vernacular architecture to satisfy the occupant’s needs. The other objective of the paper is to study the material and traditional building techniques that were used in the traditional buildings. Also, it classifies the traditional residential building into rural and urban building based on the time of emerging. The research methodology will base on the descriptive methods and on the secondary data of the traditional architecture. The result shows that the traditional residential building in Jordan can be classified into two main types are; fallhi house and urban house. Fallahi house contains the houses that constructed in the villages, where the urban houses contain the houses that constructed in the cities. Fallahi house contains several types are; Al-Qanater Houses and Al-Mastabeh houses. The urban houses contain the courtyard houses, three-bay houses and the gallery houses.
Keywords: contemporary architecture, elements of popular design, traditional architecture, vernacular architecture.
admin 2018-04-04T12:34:12+00:00